This article reviews 8 best free meme maker online to solve the problem of how to make a meme easily.

The meme is an awesome thing that is useful everywhere, which is a central part of many online conversations. It pops up a lot on social media, especially platforms such as Twitter, Reddit, Tumblr, Facebook and more. From a particularly emotional shot of a well-known celebrity to a hilarious typo in someone’s tweet, anything can become a meme. People even converse with each other using memes. And if you want to join the latest viral craze, you should be using the meme maker to make a meme.

We’ve searched the internet for the best free meme maker online and picked a few that are worth using. Some are fairly advanced editors, while others are easy to use for beginners. However, all of these free online meme makers enable you to make a meme online.

Why memes are called memes?

The word “meme” was created by the British scientist Richard Dawkins. He first used the word in the book The Selfish Gene in 1976. He defined it as “a unit of cultural transmission.” It means that memes are elements of culture which are passed from one individual to another through non-genetic means, especially imitation. So, put simply, a meme is to an idea what a gene is to a physical trait.

In the 21st century, memes that emerge within the culture of the Internet, gained popularity, bringing renewed interest to the meme concept. Memes spread from person to person through imitation, typically by e-mail, social media, and various types of websites. Now, its definition has since narrowed to “an inside joke on the internet”

Do you love memes? Do you want to make your own meme? How to make a meme easily? Here’s a list of the best free meme makers online to help you solve the problem of how to make a meme online. 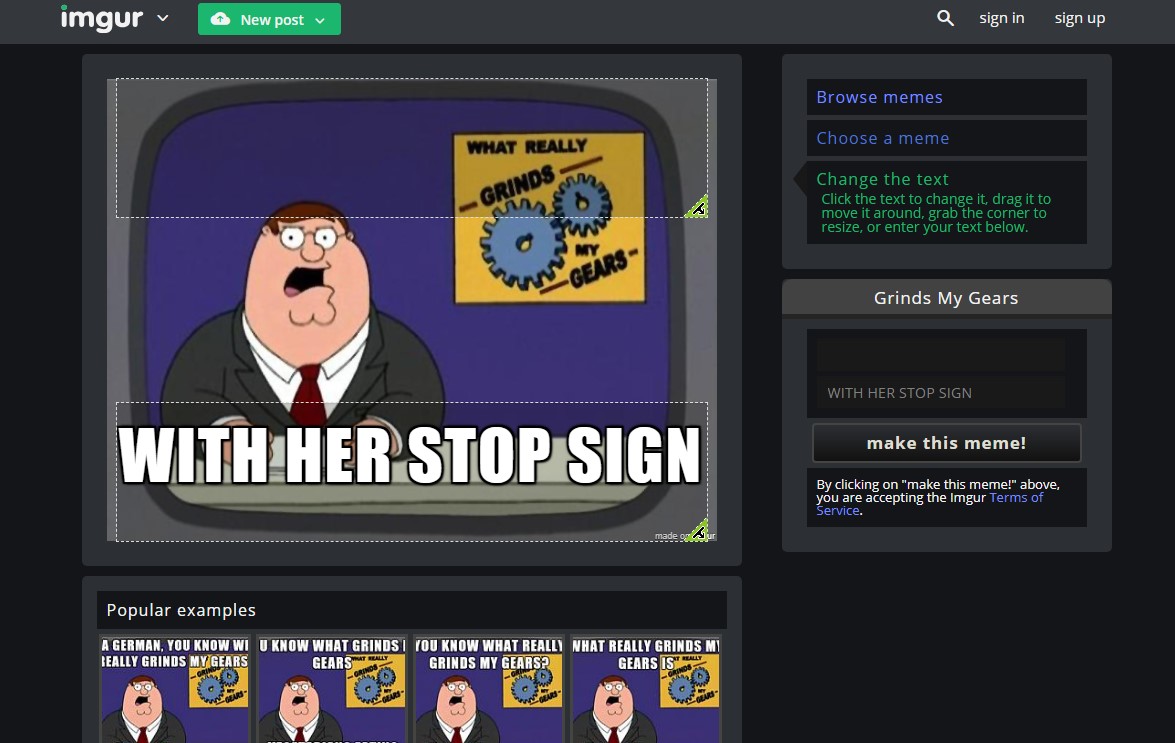 Imgur Meme Maker online is the easiest way to discover, create and enjoy the magic of the Internet. You’ll find the funniest, most informative and inspiring images, memes, GIFs, and visual stories at the online free meme maker. Anyone can join to share cool stuff and vote the best to the top by a passionate community of people from all around the world. So, the best online meme generator comes with lots of built-in pictures that can be used to make your memes instantly. You can also use your own and add the text that you want.

Free and easy to use

Plenty of useful templates to create a meme

ILoveIMG Meme Generator is an all-in-one image-editor site with several tools that allow you to edit lots of images at once. You can create a meme from JPG, GIF or PNG images, edit your image and make a meme online with the free meme maker. The best meme maker online allows you to upload an image or select a meme template to get started. You can download your own meme without a watermark, or save it to Google Drive and Dropbox. The best meme maker has a few handy tools for the final image, such as cropping, resizing, and compressing.

Add an image on top of the existing image

A few templates in meme library 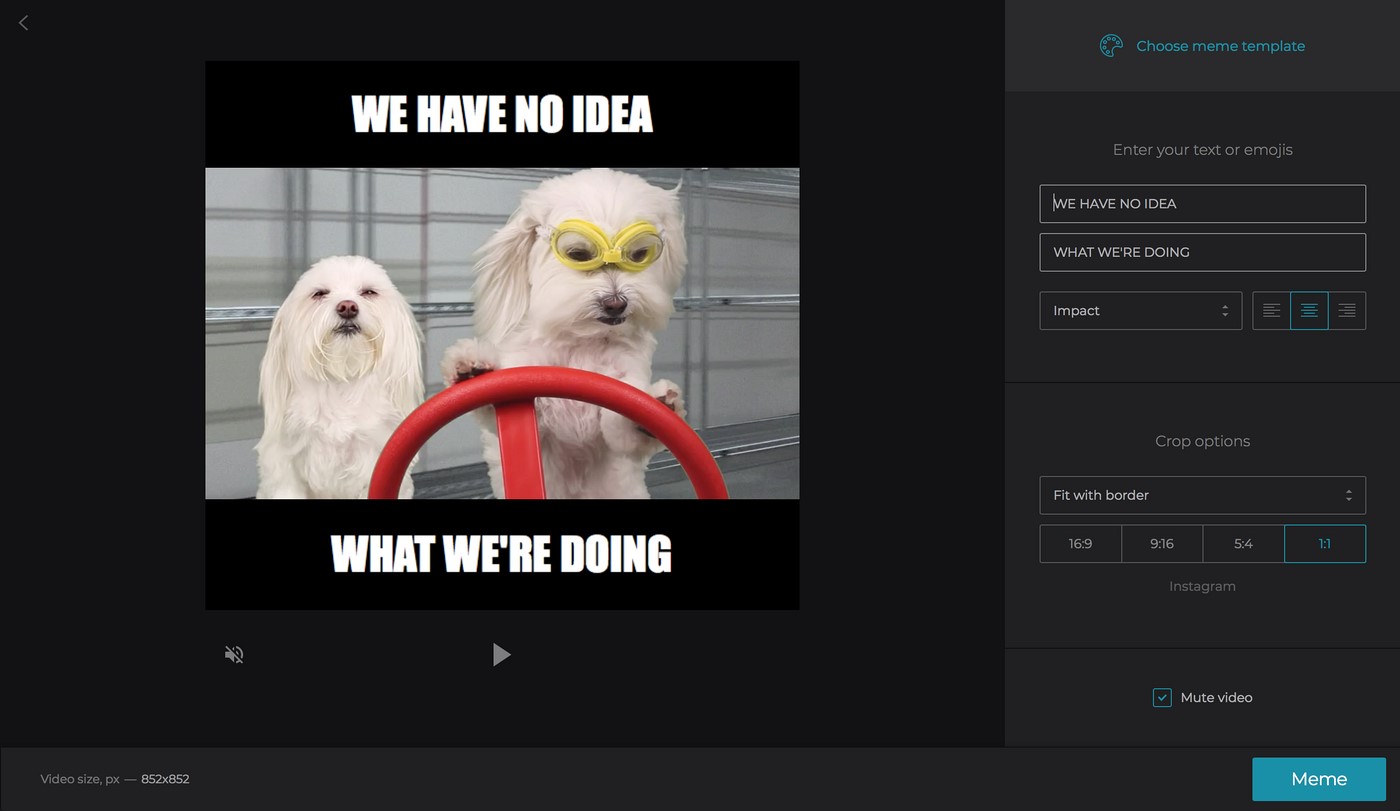 Works with many formats

Save memes to device, Dropbox and Google Drive

Meme with watermark in the free plan

No meme library and meme community 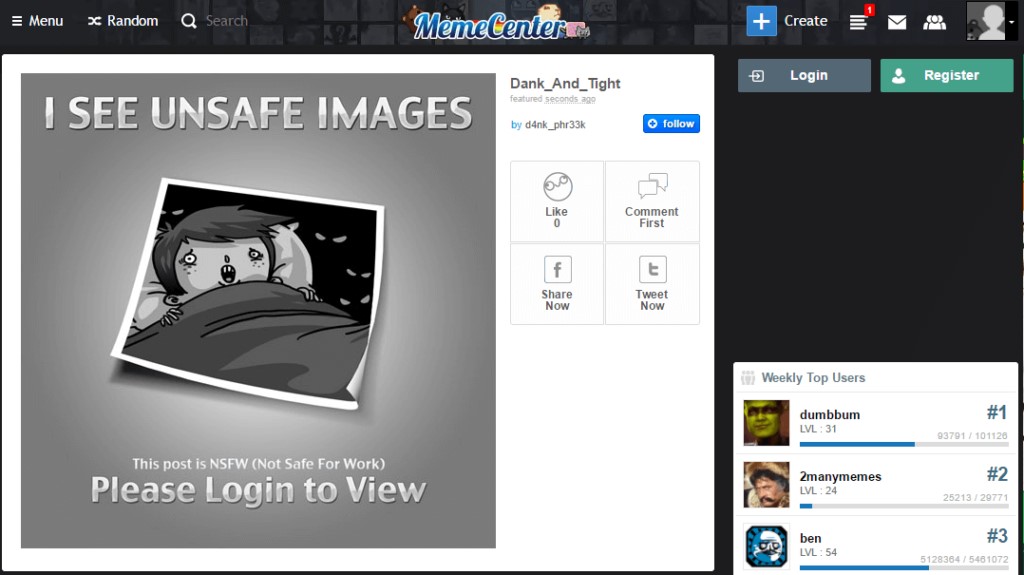 Meme Center is one of the best humor magazine platforms and simplest way to capture any funny moments and turn them into memes. The free meme maker has a special kind of meme generator tool broken up into four main tools: the meme builder, the quick meme, the GIF maker and the uploader. After creating your own ridiculous memes, you can share it with the community or social media, such as Reddit, Tumblr, Twitter, Facebook, Pinterest, and more.

Output meme without a watermark

The meme builder is difficult to use 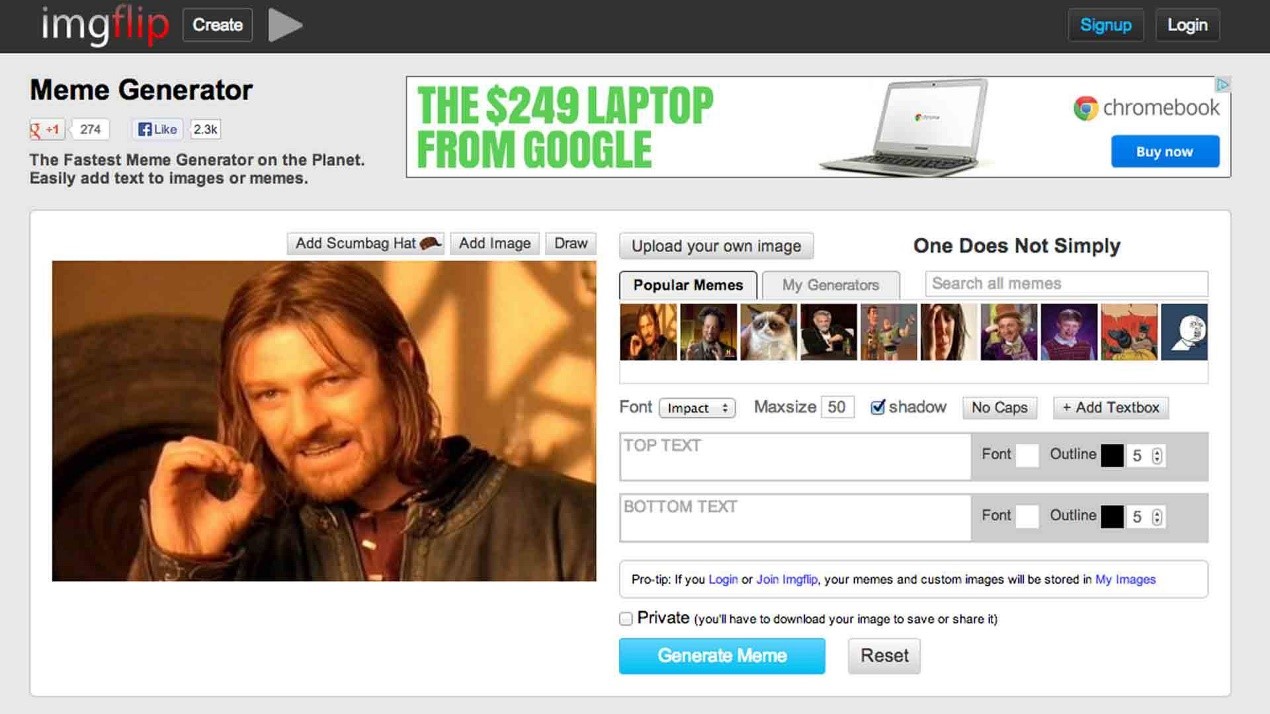 Imgflip Meme Maker is one of the best free online meme tools. The free meme maker allows you to maximize your creativity in meme-making with numerous popular meme backgrounds and some special meme making tools. The reliable meme generator has many useful features, such as customizable fonts and sizes, draw on images and add multiple text boxes and more. Besides, the meme maker can create hilarious memes and share it on your social media accounts or directly to its web pages. You can add text to blank versions of some of the most popular memes, Plus, if you create an account on the site, you can save all of your memes to your own library.

Easy and simple to use

Adding popular or your images to the meme

cannot customize the text size as you want

Removing watermark ads is not free

DIYLOL Meme Maker is one of the best ways to the problem of how to make a meme free. The great free meme maker online allows you to find and create your memes easily and quickly. You can visit this website to check out for more of the humorous internet memes and create your own when you make a meme with the best meme generator. The meme generator online allows you to submit your meme by uploading an image and filling in the text caption. Moreover, you can adjust the color and size of the text and share it on social media with your friends.

The meme text color and size can be customized.

Your meme can be downloaded but not shared with the website 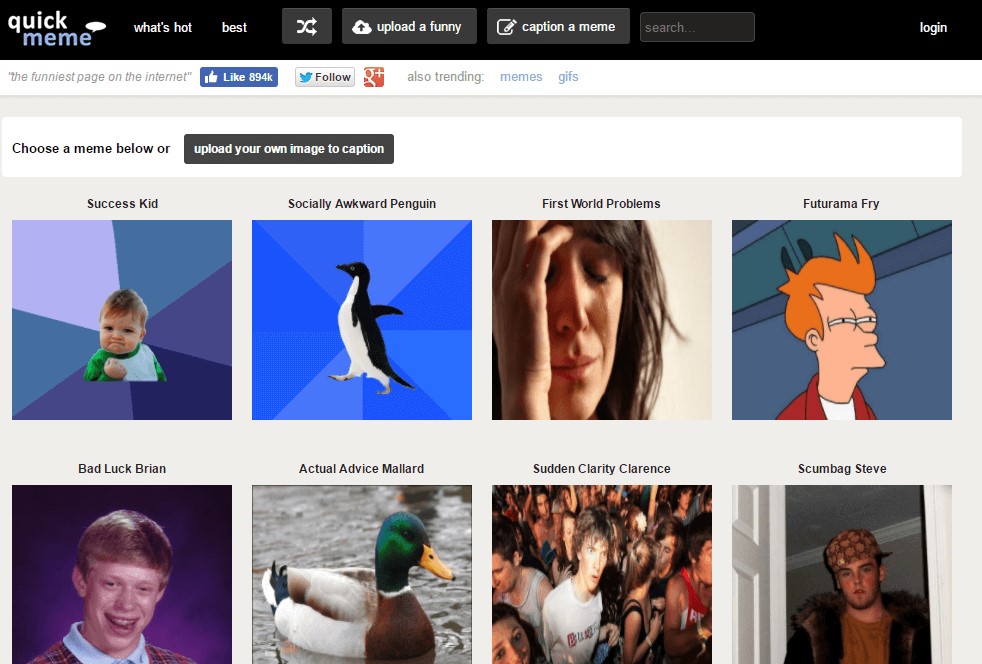 Quickmeme Maker is the best meme maker for anyone who wants a simple experience, without too many frills. As implied in the name, the quick meme maker is extremely efficient at enabling you to create and share images. The meme maker online offers many features like font sizing, positioning and more. Also, you can view popular, featured, favorited and even random memes all from within the website. Besides, you can check out featured memes, which show you the most popular ones right now.

Simple and easy to use

Create a meme with your own images or famous images.

Make a Meme is a free and easy to use meme maker to create your own memes quickly. With the best meme maker, just browse through the thumbnails for the meme background image that you want, select it to display a pop-up builder, customize your text for the caption and then hit the preview button to make sure it looks good. When you’re happy with what it looks like, click “Make the Meme.” However, the free meme maker online only supports limited functions. The free meme maker can easily help you solve the problem of how to make a meme online.

Upload your images or use meme templates to create a meme

Preview memes before making them

This meme maker article was our take on the 8 best free meme maker online in the market for you. We have reviewed each of them stating their features, pros, and cons, for better clarity, now it’s your turn to you which one you’ll choose.